4 Super Bowl Ads to Watch For

4  Super Bowl Ads Betting Big on the Spirit of Entrepreneurship 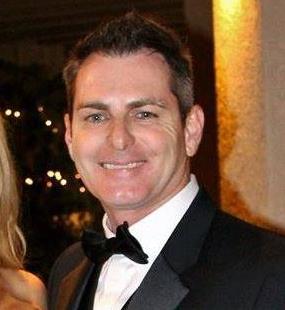 Some could argue Americans love entrepreneurs, and I think we all could agree they do all love the entrepreneur spirit.  I would even go as far to say in this current social conscious state of America, most seem to distrust large corporations. This year, at least four of the Super Bowl's advertisers are hoping those sentiments will help them sell everything from pizza to web hosting. So they've created ads where real or imagined entrepreneurs are the central characters.  With big primary political drivers such as 'making america great' and the concept of increasing America's position in the spirit of busines, jobs, and growth - it is any suprise we'll start seeing more of this trend in mainstream advertising.  I certainly think so.  With the average 30 second spot costing around $5 million, not to mention the $1-3 million spent per 30 seconds in publicity for them leading up to the game, some are definitely betting big on this concept.

Will it work? I can't say, but I do love that entrepreneurship is being celebrated during the most-watched TV event of the year. (In case you're wondering, at least three times as many people will watch the Super Bowl as watched the Presidential Inauguration.)

Here's a look at some spots that put entrepreneurship front and center:

Papa John's is the official pizza sponsor of the NFL, and its pre-game ad combines a look back at how the company got its start--with founder John Schnatter selling his car to buy pizza ovens. In contrast, the ad explains, a "pizza company" gets its start with executives sitting in a board room signing articles of incorporation.

But, says Papa John's new slogan, "We're more than a pizza company, we're a pizza family." The ad shows homey pizza restaurants as opposed to a giant pizza factory, and the slogan is delivered at the end by Schnatter himself.

2. Adolphus Busch immigrates from Germany to start a brewery.

As my colleague Bill Murphy has noted, it's amazing timing that Budweiser is airing this ad just as Donald Trump's stand on immigration is causing worldwide controversy. But again, entrepreneurship is the point here, as we watch a determined Adolphus Busch as he suffers through the voyage across the Atlantic to America. "Why leave Germany?" asks the doctor stitching him up after a particularly stormy night. "I want to brew beer," Busch says. And indeed, he seems to be as driven and obsessed as a 19th-century Steve Jobs, as he meets Eberhard Anheuser in the final moments of the ad.

3. John Malkovich can't get his own domain name.

The trend of entertainment stars becoming entrepreneurs is in full swing, and John Malkovich launched his own fashion line that recently offered two new collections. But in the Super Bowl ad for Squarespace, Malkovich finds that someone else has registered johnmalkovich.com, and he can't get it back.

In case the last three ads weren't enough to convince you that starting and running a business takes great merican spirit, the Super Bowl ad for website builder Wix.com might make you wonder why anyone even tries. It features action stars Gal Gadot and Jason Statham who keep encountering gangs of bad guys and having spectacular fights. Their fights frustrate the aspirations of Chef Felix, who spends most of the two-part ad trying to create a website for a business venture that is literally a moving target. If nothing else, it's a useful reminder that businesses today must always be ready to adapt to changing conditions.

No matter who your rooting for (or against lol) in this years big game, the anticipation of what the next 'trending' ad will be has arguably become more and more as much a staple of the game as the always hyped half time show.  I for one like the direction that some of these companies are going in - what I believe, to be attempts to appeal to their targeted business minded demographic in long term branding initiatives with the goal of trying to shed the image of 'big business' and 'corprorate greed' labels that have become stronger and stronger social influencers they understand they need to move their brand away from.